In my first year of architecture school, a classmate asked me what I thought a spider dragon would look like. This was the result.

I fell for the concept immediately, though I’ve liked spiders and dragons for a long time before this. Spiders themselves represent creativity and dreaming – their intricate webs inspired dreamcatchers. They are also hardworking persevering, and in the case of Wolf Spiders, active pursuers of their goals. Dragons – well! Dragons are magic incarnate. They are power, strength, virtue and freedom. was a match that was made to be.

Since then, Spiderdragon (also known as “Valduin“) developed much more.

“Valduin is a relatively small dragon, whose species falls into a niche family known as the Arachnagamidae [Spiderdragons]…the genus Volaculeus is not a large one, with only a dozen species recorded to date. They all possess an envenomed stinger, which in Valduin’s case is surrounded by a glossy chestnut tail. V.Caelensis possess a vibrant coloration and wing patterns, and Valduin is no exception. Her body is covered in subtle scales which are a deep blue colour. They merge into a pale and then warm orange, plated underside. As with all Arachnagamidae, Valduin has eight limbs, each pair with an especial purpose.

Her slender wing arms propel her in flight. The wings themselves are large translucent membranes wrapped around slim finger bones. What makes them striking is their ventral pattern: a rich jade field marked with black lines reminiscent of a monarch butterfly, combined with the eye-patterns and extensions of a luna moth. The black marks are opaque, creating a spectacular effect when completely unfurled. Notably the dorsal side is the same colour as the body, but this does not affect the translucency of the remaining membrane.

Her primary arms are toned. They are used for running, tearing, gripping, and generally more physically demanding tasks. By contrast, her secondary arms are slimmer, tucked under and behind her primaries so as to refrain from impeding their movement. Her secondaries have hands with developed fingers, which are used for delicate manipulation. Valduin’s hind legs are proportionate to her primaries: they need to be muscled to jump into flight, and also to run. Each limb has four digits, and each digit tipped with an ebony claw that she sometimes neglects to sharpen.

Valduin has a mane of dark chestnut hair that goes down her neck to her shoulders, thinning down her back before stopping at the base of her tail. Her head has two major horns and smaller ones that extend from both her skull and jaw, and her cheeks have a scattering of little white freckles. She also has two expressive ears. Her maw is filled with teeth that are pearly white and very sharp, with notable canine fangs on both the upper and lower jaw. As for her eyes, they are hazel. Like with most of the Volaculeus genus, her eyes face more forward than to the side, allowing for binocular vision. When emotional or when using her magic, her eyes take on a soft gold glow…”

Further, I’ve had the pleasure of commissioning many artists to draw Valduin. (Not to mention getting gifts, too!) It’s so interesting to see the different takes on her design, not to mention the rich mosaic of individual styles that’s created. 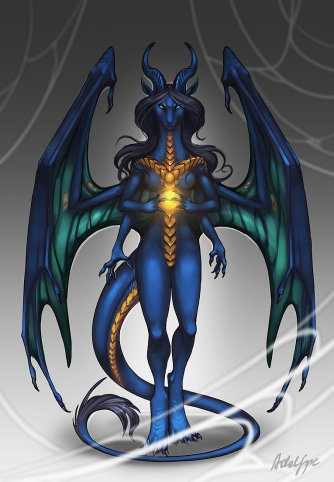 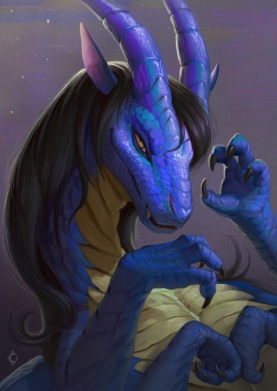 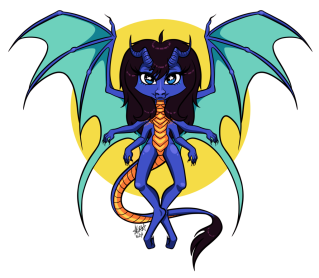 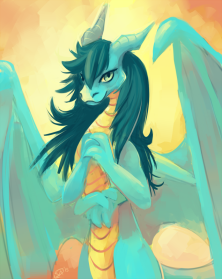 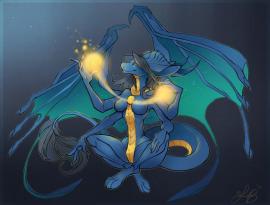 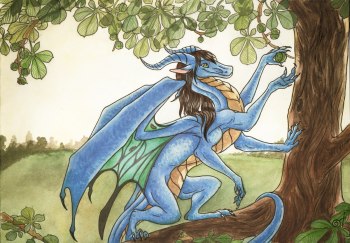 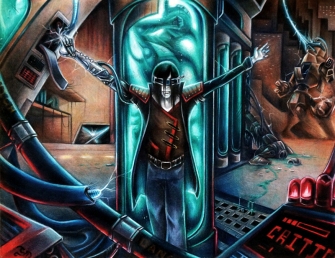 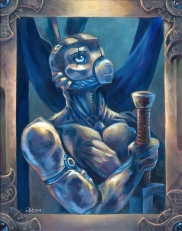